Click here to go there now.
Home » Blog » Say No to Drugs » And Another One Down… 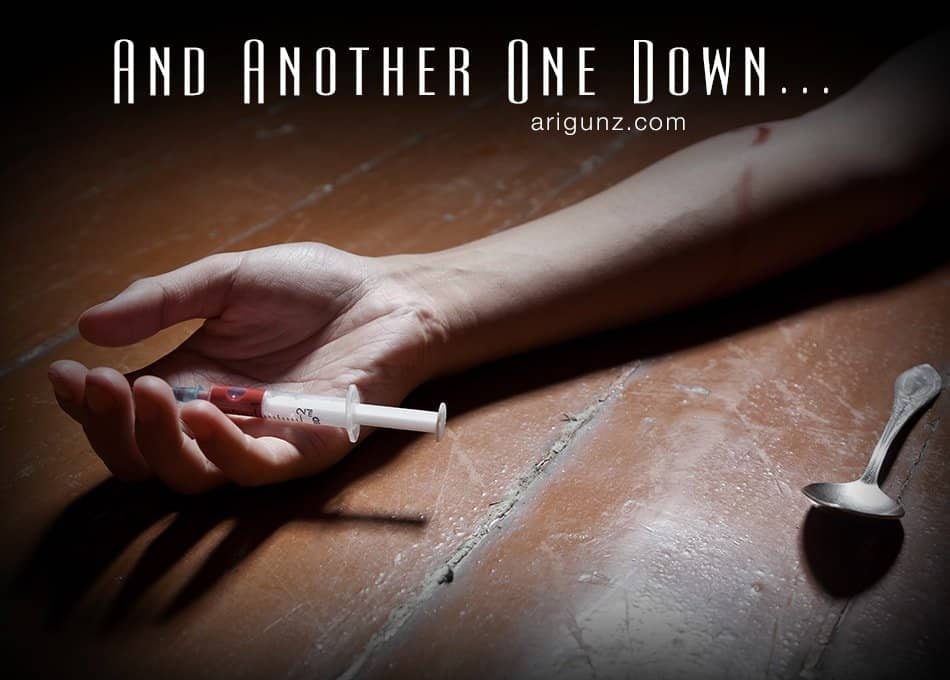 I just got a phone call from one of my old friends. Turns out another person I grew up with just died. At the young age of 33. Never married, no kids. Quiet, family-only funeral. No one really heard about it until it started leaking out; one day she was here, the next, gone.

I suspect drugs were involved. To the people who knew her, I think we all suspect there were drugs involved. I don’t want to discuss her detailed information, to save the family additional heartache and anguish. This is based on how they are dealing with it.

I personally feel that if drugs were involved, this should be publicized, despite the personal heartache. Use this death to save others from the travails of drugs. If her death can save even one life, it would have meaning instead of just tragedy.

She was another tortured soul, trying to find her place in the world, but got caught up in drugs. Many of us are also in the same boat, the biggest difference being that we never picked up hard drugs, and so that is one less battle we have to fight.

We are in the midst of a drug use epidemic. The federal government is getting involved (which may or may not mean it will be fixed, but it has gotten bad enough to warrant a state of emergency called).

I’ve been reading articles about drug overdoses in places everywhere. Small towns in middle America, with good kids; unfortunately, at some point they decided to try hard drugs….and that was it. Just a few weeks ago someone else in my community overdosed, leaving behind seven children. Seven children. Now without a father because he was using drugs. All it takes is that one time. Either a bad batch, or cut with something toxic, or just too much taken, or the body simply can’t handle it anymore.

Many people may want to claim that opioids or heroin or other things are safe, or that the chances of overdose are unlikely – and even less likely to die from the overdose. I say if you are using hard drugs like this, you are playing with fire. And people who play with fire get burned.

I’ve had more experiences than most people my age, simply because of my unique period of growing up. I’ve ended up in all sorts of situations, done all sorts of crazy things. I have spent time with all different types of people at various points in my life.

I’ve seen lives ruined progressively over the years from drug use. Most people simply can’t get away from the harder drugs once they start. They bounce back and forth, and back and forth, going from using and shooting up to rehab and detox, and the cycle continues. Then, at some point, the cycle stops. Or, as Kurt Vonnegut says, “and so it goes…”

But this whole thing still really upsets me. This isn’t the first phone call I got like this. I don’t like getting phone calls like this. I hate the idea that we are so powerless to do anything about this. Unfortunately, it takes the person who is using to decide to change and to make the effort.

And this usually won’t happen until the person using hits rock bottom.

In other words, the person who is doing drugs must get to such a terrible, awful, horrible place because of using drugs that the ONLY choice at that point is to stop using. Drawing from within my own life, here are some rock-bottom moments of some friends (although these weren’t always used as a catalyst to change):

It bothers me when my friends die. As it should. But it bothers me more when someone has a whole life ahead of them cut short because of drugs, or because of suicide, or a combination of the two.

Get Help / Give Help

Get help if you need it. Or give help if someone asks. Even if you probably can’t help personally (and most people shouldn’t; they simply don’t know what to do). Sometimes you need to forward information to someone who does this professionally. Pick up the phone and call someone to get help or offer help. If he or she can’t help, keep on calling people until someone can help.

Today it isn’t too late. But tomorrow it might be. Tomorrow, another one might bite the dust.

Share on FacebookShare on TwitterShare on LinkedInShare on RedditShare on WhatsAppShare on Email
Learn more about motivational speaker Ari Gunzburg:   About Ari